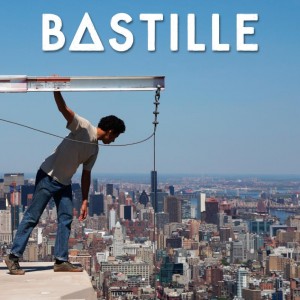 They took the world by storm with Bad Blood in 2013 – and now Bastille is back with a new album and a new tour that’s bringing them to the mountains of Montana!

For the next four weeks in a row, U104.5 will be giving out tickets to see Bastille LIVE on Sunday, April 30th, at the Brick Breeden Field House in Bozeman.

The British pop band’s first album entered the UK album charts at No. 1 and has since gone on to sell four million copies worldwide. Still, that’s nothing compared the success of the album’s smash single, “Pompeii”, which topped multiple Billboard Charts and went platinum five times – selling more than 11 million singles!

Now “Brit pop’s new crown princes” have scored again with Wide World, their second straight to debut at No. 1 on the UK album charts. And U104.5 listeners will surely recognize the album’s popular first single, “Good Grief”, which has topped both the Apple Music’s Hot Tracks and the Shazam charts.

Bastille will be joined on their Bozeman stop of the Wild, Wild Tour by special guest Mondo Cozmo.

Tune in every Monday during the noon hour for your chance to win a set of four tickets to the show! All you have to do is listen and be ready to call 541-4104 when prompted!

For more show details or to buy tickets, click HERE.